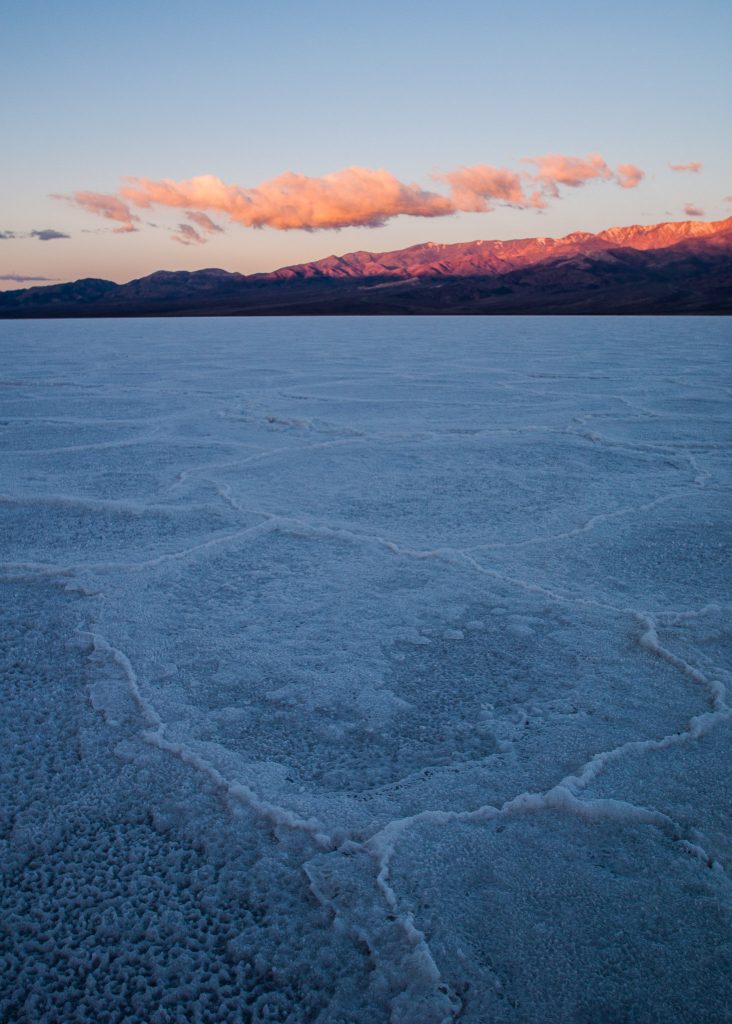 I had to crop some top portion of the photo because it had too much of an empty sky, so the dimension of this photo is not six by four like a typical portrait photo. Ideally, the photo would have more clouds on the top portion, or the existing clouds could move up a little bit.

The photo was taken close to the ground to expose the details of salt crust. The circle-shaped salt crust on the foreground was placed around the lower third of the frame.