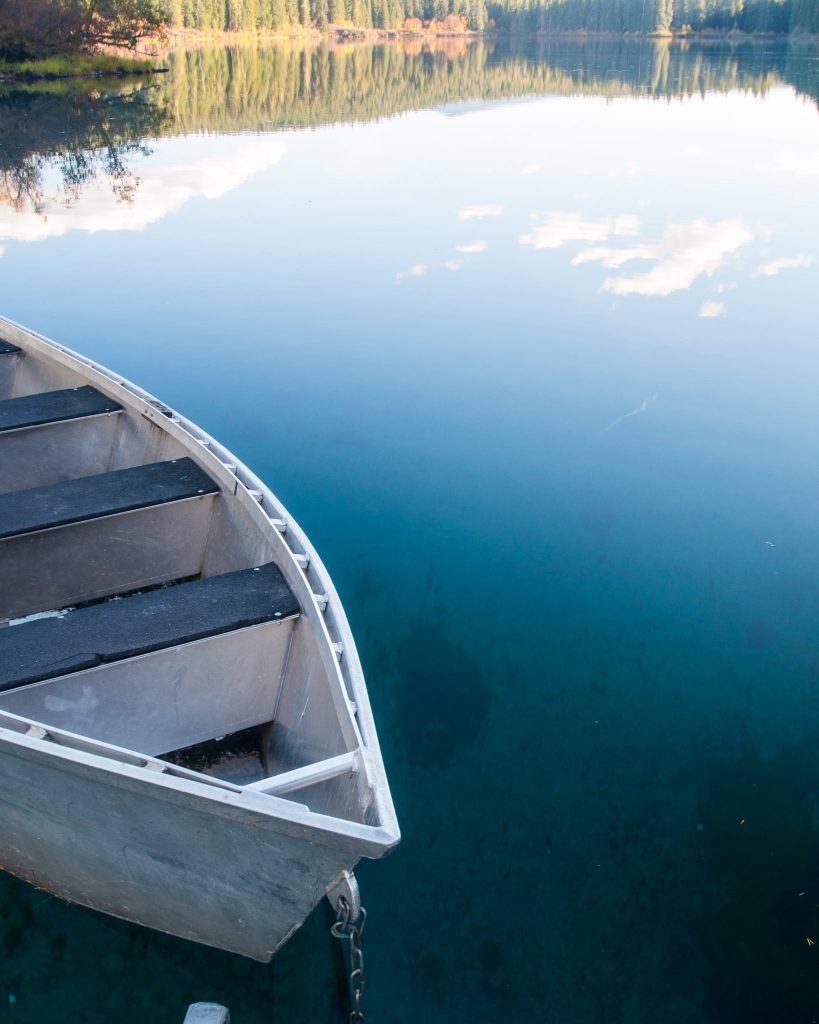 I cropped a lot of objects in this scene, namely, the boat and the rows of trees on the bank of the lake. I want to highlight the lake–the (cut off) trees and boat are there to provide some context. Imagine how not including the boat and the trees would change the scene.

I cropped the trees because their reflection is enough to convey their form. Also because the trees frame the scene, little to be shown. If I had shown more trees, they would look awkwardly placed too closed to the edge of the photo.