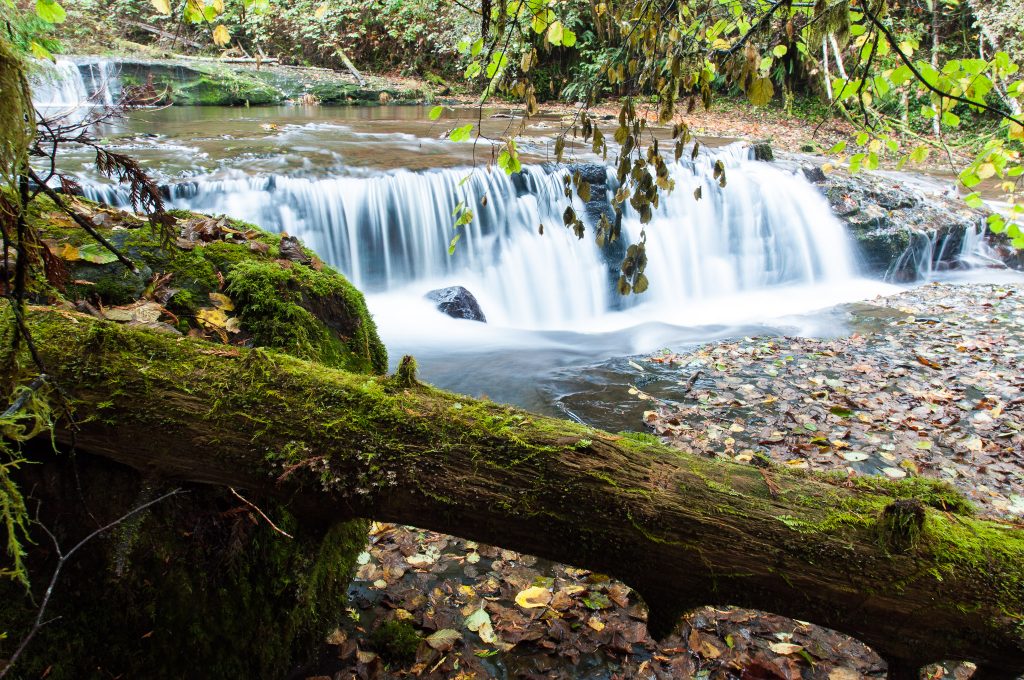 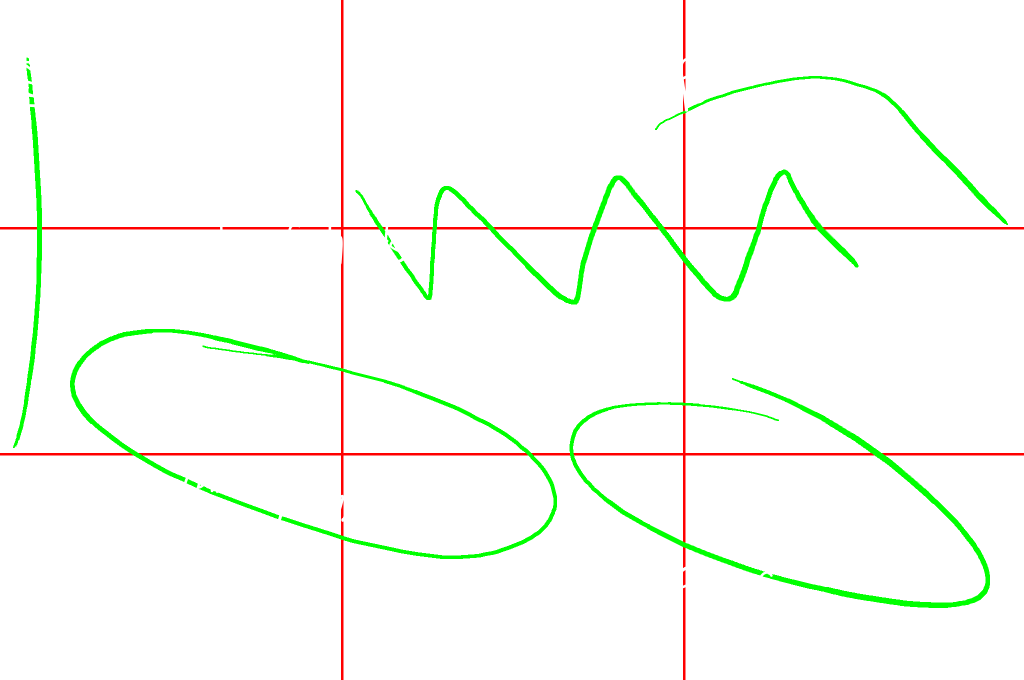 It’s a carefully composed busy scene here. On the foreground I placed the log on the lower third of the frame, and, on the mid-ground, a mini waterfall on the upper third.

I showed some branches with leaves on the top and the left edges to frame the scene and show more of the environment.