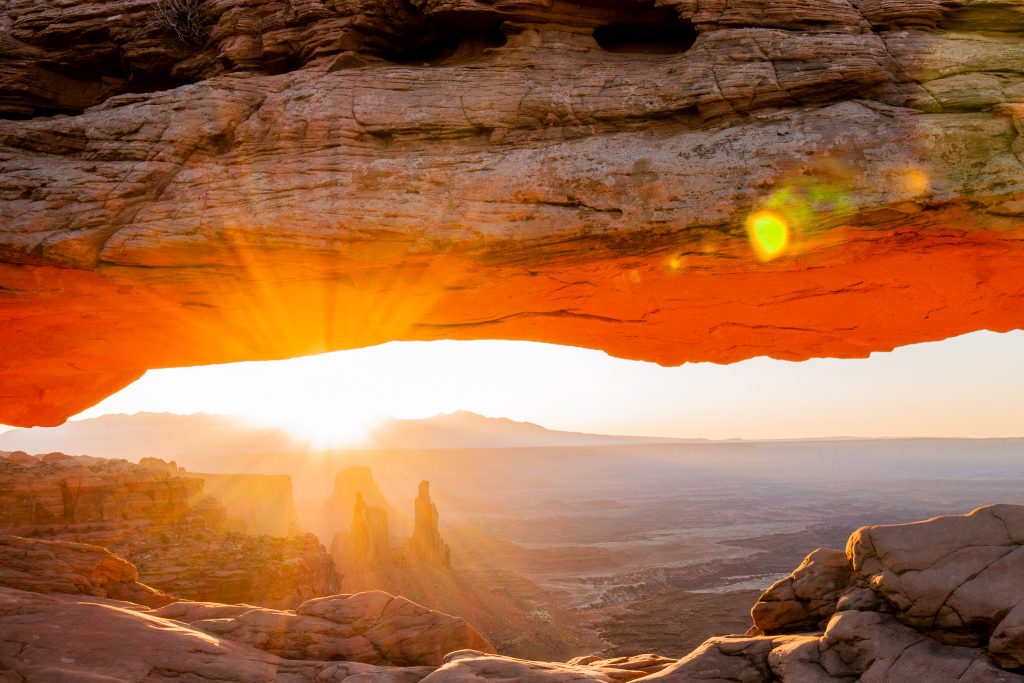 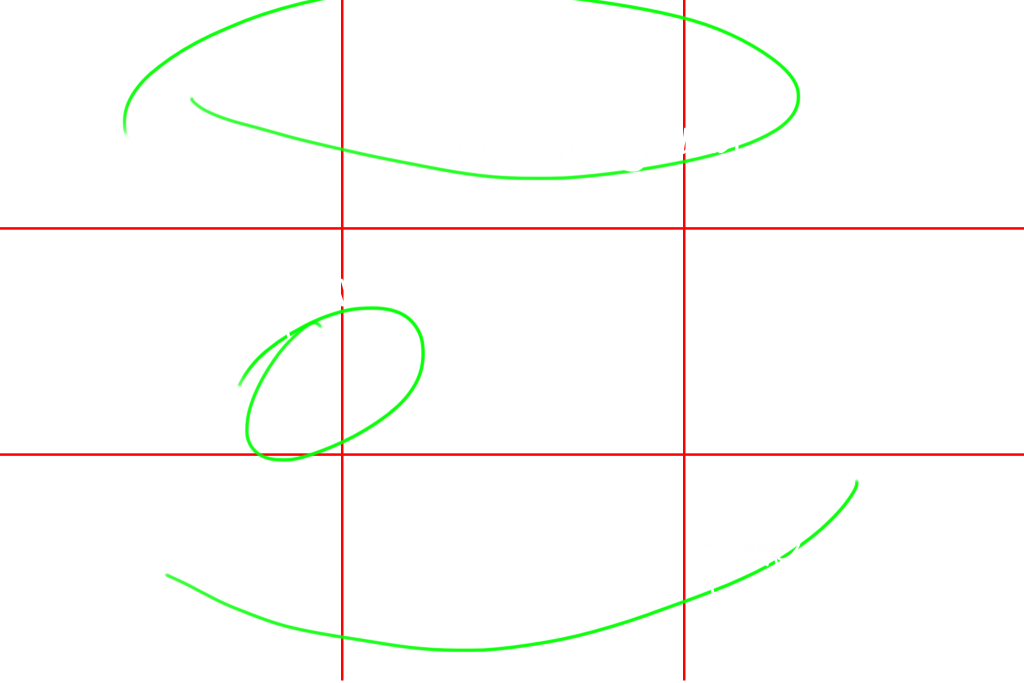 A highly popular spot–you’d better get here early to claim a few limited spots. I went up to the last spot available and made do (and had to do some cropping to the original composition).

On the bottom portion of the photo, I placed enough but not too much of rock formation to frame the faraway scene. Showing too much of it would have lessened the focus to the scene in the middle of the photo. I can also say that the arch acts as a frame as well to the middle scene.

On the middle of the photo, I placed the sunburst and rock towers on the left third line of rule-of-third grid lines.