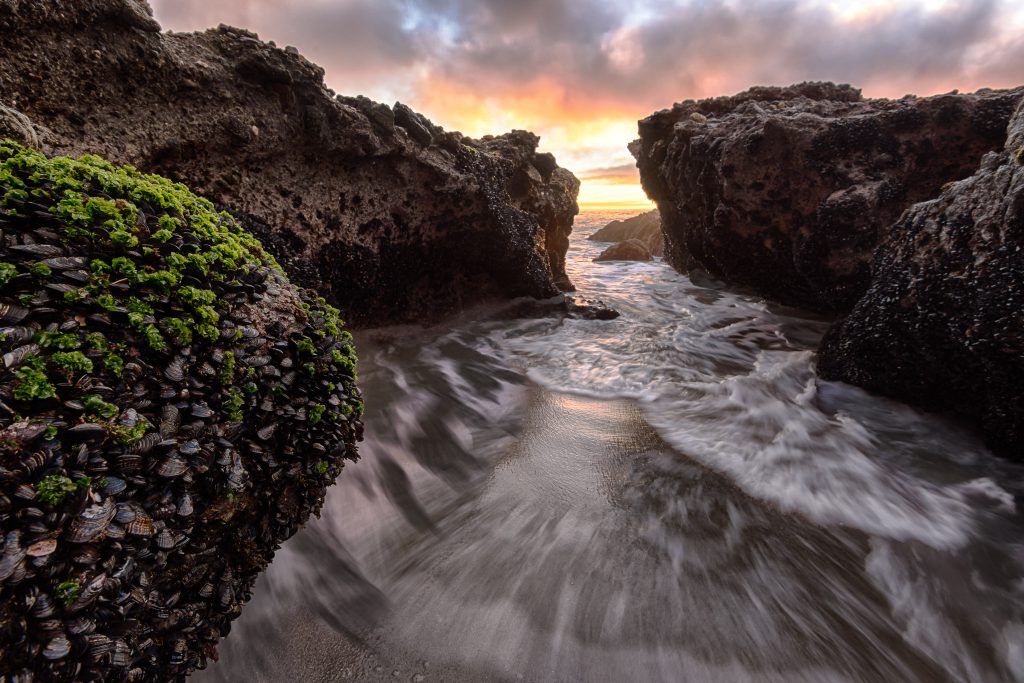 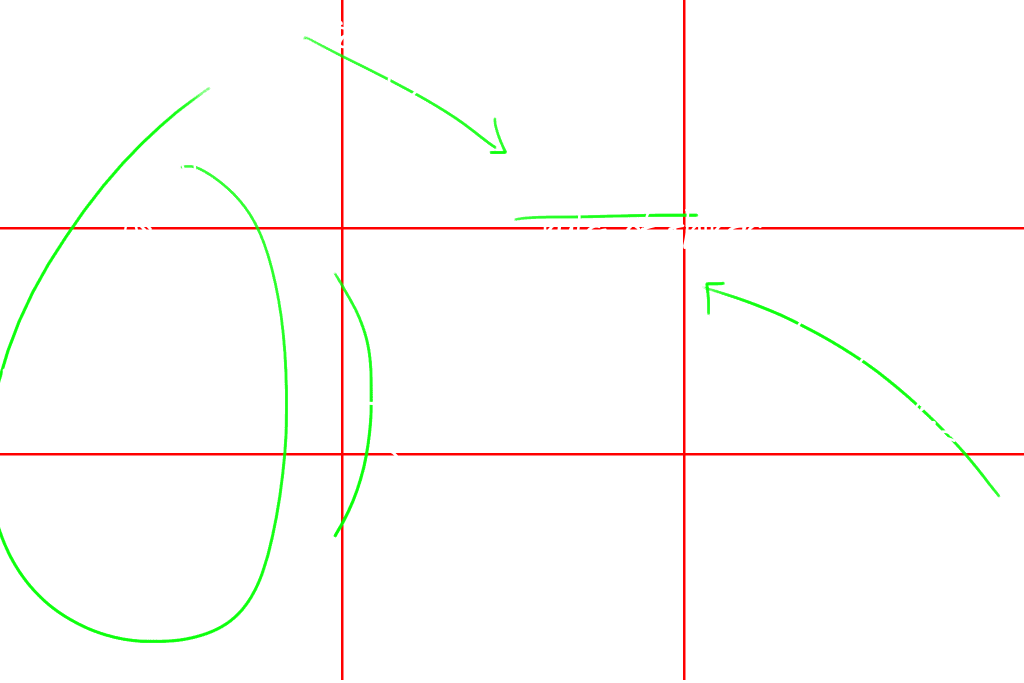 My tripod legs were on the sand, with the sea water constantly sweeping under. It wasn’t easy to capture bracketed shots before the sand shifted slightly and moved the tripod along with it. Capturing the water movement, though, was worth the effort.

For a strong foreground, I placed the outcrop on the left, occupying about one third of the space. The details of sea life that was only apparent during low tide will keep the viewers occupied, until they’re ready to follow the many leading lines (I only annotated two of them) which will take viewers to the vibrant colors of sunset.